The rather beautiful home we have been occupying this past week and a half belongs to a family with a 5 year old boy.

So of course I decided I would knit him a hat.

I was inspired by the pile of hats the Yarn Harlot knit at Christmas this year. 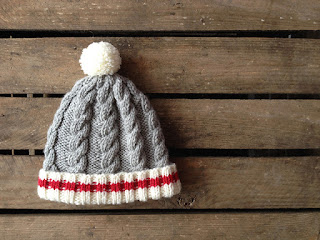 Pattern is Tiny Lumberjack by Fiona Alice, available on Ravelry.

So I popped into our LYS (A Nest Of Needles in Blairmore, AB) and grabbed myself three skeins of Cascade 220 superwash. 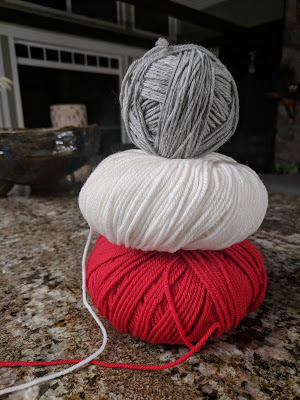 Colours, I believe (as I tossed the ball bands straight away), are silver grey, aran and really red. 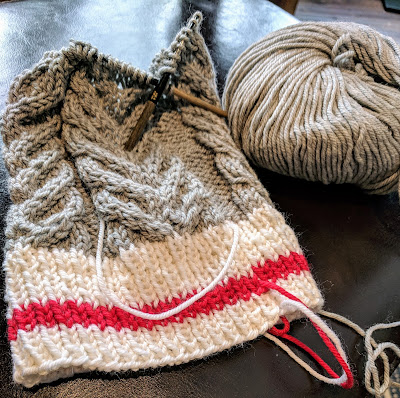 So I picked the child size, cast on 84 stitches with the recommended 4mm needles and switched to 5mm needles after knitting the brim. 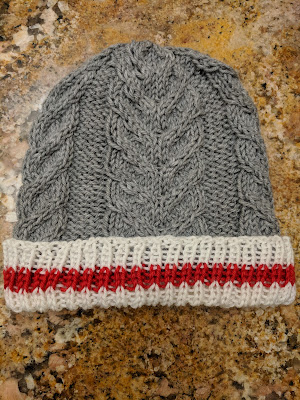 And poof, hat. Don't mind the crown decreases there, about half way through them I noticed I had gone off pattern so I just winged it.

But two problems with this hat.

1) the fabric is knit at too loose of a gauge, cascade 220 superwash doesn't really like 5mm needles for hats, and after washing and blocking the whole hat is way too drapey. Plus the 1 by 1 rib brim is really opening up too much for my liking.

2) the size, well let's just say it barely fits my 20 month olds, and would be way too small for a 5 year old. 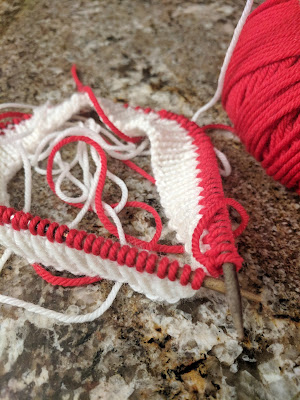 So let's try this again.

And the first hat, well plenty of people around me keep having babies, it'll make it's way to warm a tiny head some time soon.
Posted by Sara at February 18, 2018

Email ThisBlogThis!Share to TwitterShare to FacebookShare to Pinterest
Labels: Hats, Work in Progress