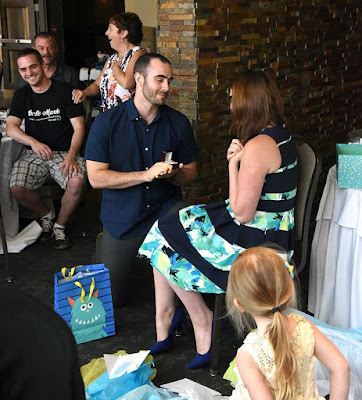 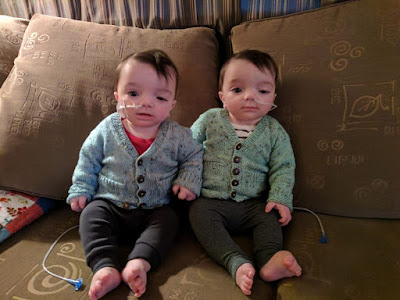 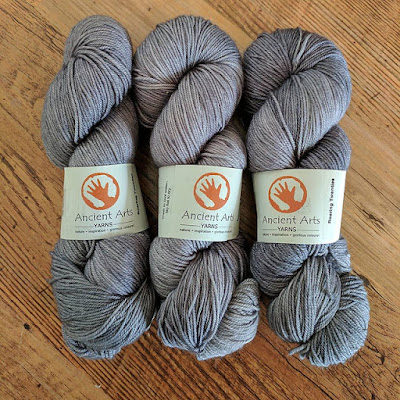 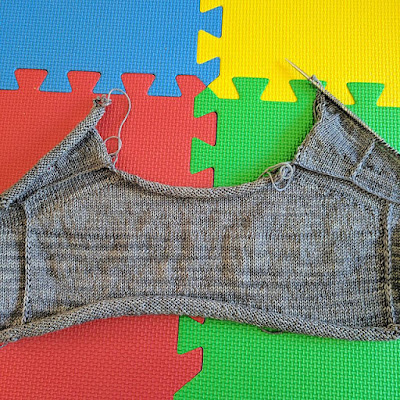 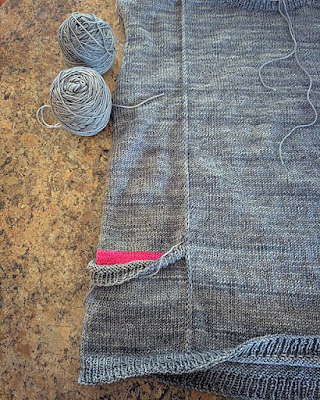 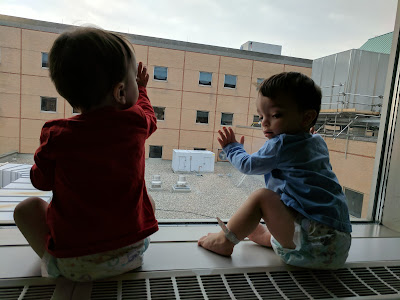 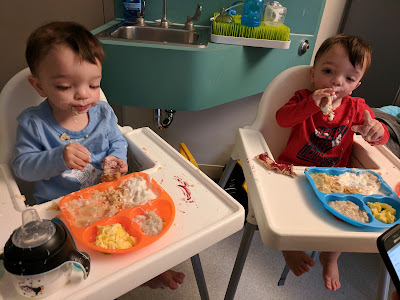 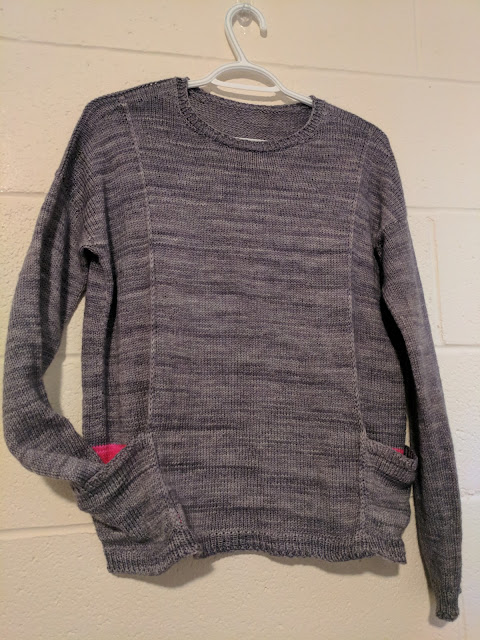 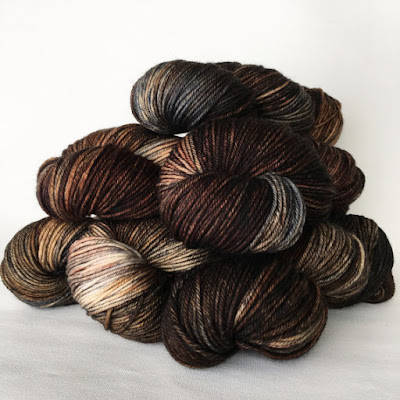 A Tale of Two Yarns

You ever order a skein of yarn because you saw it on Instagram and knew you just needed it. And when it arrives in the mail you think it is beautiful and unique and amazing. So you hang it on your inspiration peg board and it lives there for months waiting for the right pattern/project. And it stays there until one day, when you have to pack the whole thing up, so into the stash bin it goes, but what, inside that bin there is a skein almost exactly like it!

Now I don't quite remember which of these two skeins came home with me first, but I do know that that very story happened to me back in March when we packed up shop to move down to Crows Nest Pass, and I didn't want moths to eat my yarn in my absense. 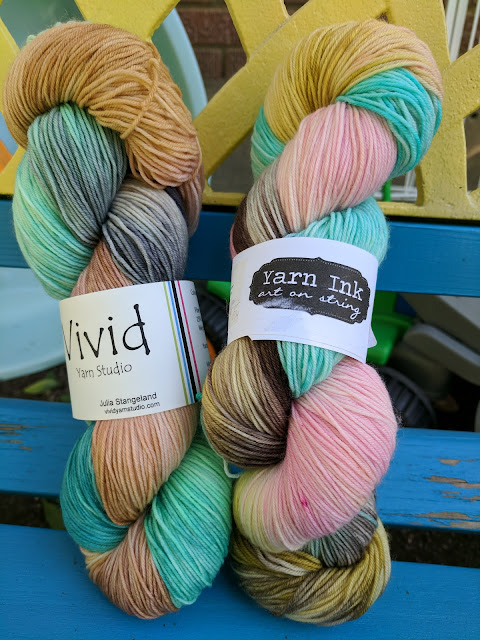 But here are the two skeins, both by Alberta indie dyers, both purchased sometime in 2016. Don't believe me on  just how similar they look? 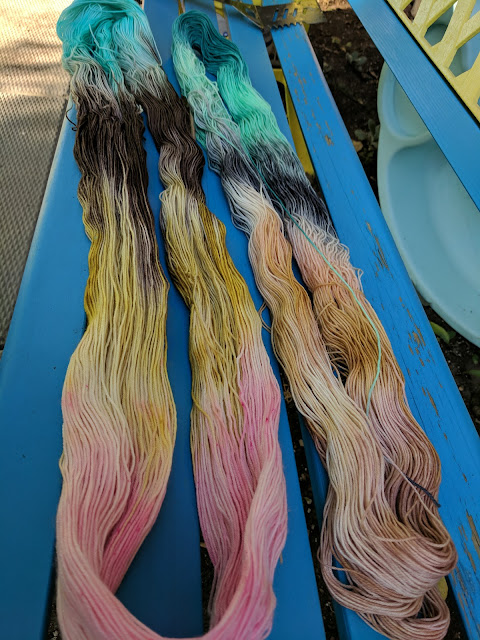 Sure one hase more pink and the other is a pinky tan, but come on!

The Vivid Yarn, which is on the right is Hello Fox, and the Yarn Ink, on the left, is Calypso.

And there was just no way I'd be knitting these two separately, it'd be like knitting dejavu. 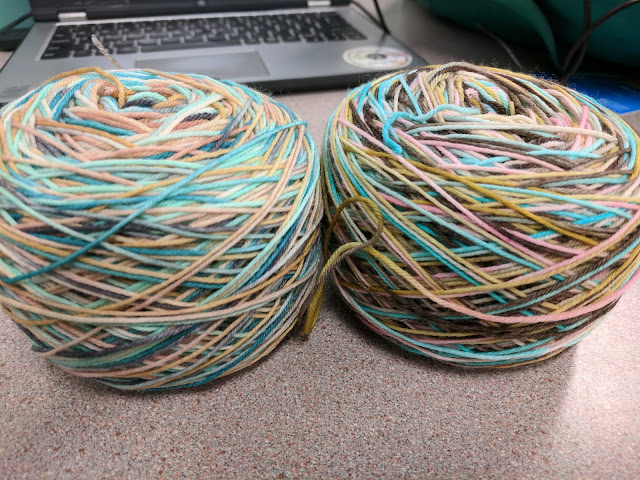 Here it is all caked up, and I know, you can tell the difference. The one on the right (Now the Yarn Ink, you think I would have kept things consistent for 3 photos, but nope, flippy floppy I go.) clearly has more brown and pink, but when I knit them up into a swatch... 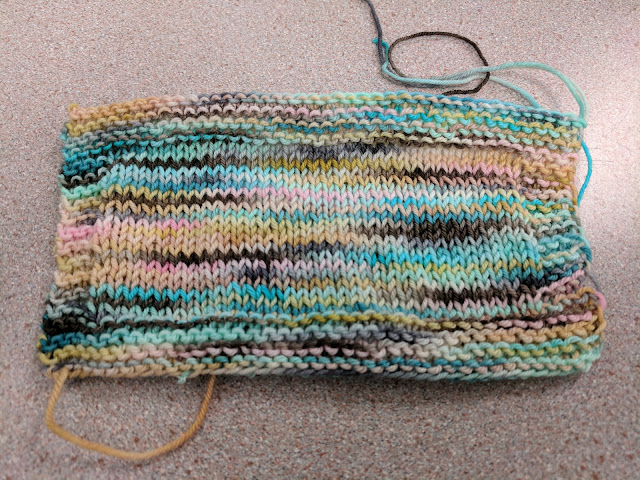 You'd never guess I was alternating strands of two differnt yarns, by two differnt dyers. Plus, I think alternated them (two rows of each) really minimizes the pooling.

As for the project, this will of course become a Little Boxy, but I won't be casting on until I finish one or two other WIPs. 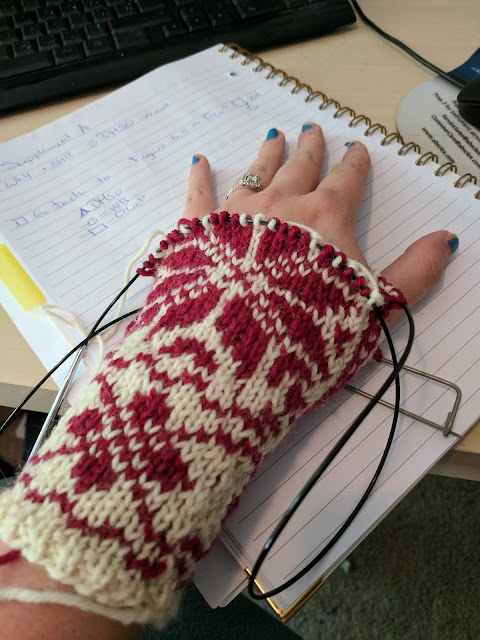 Did you know that Joji Locatelli runs an annual fall knit along for any and all of her patterns?

Well I didn't until a couple weeks ago Instagram let me know about it. (Oh the enabling power of Instagram, what a beautiful and terrible beast you are.)

So anyways, I've knit a couple of Joji's patterns before. 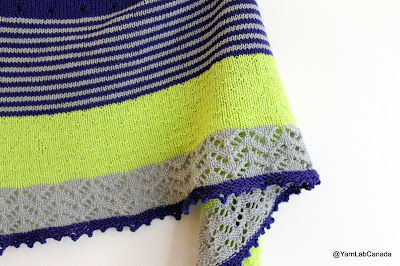 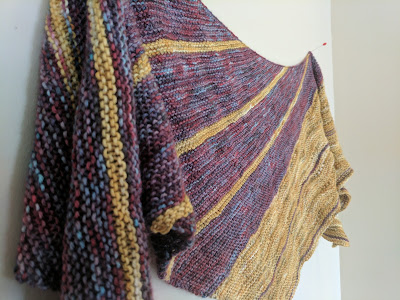 The Girl from the Grocery Store. 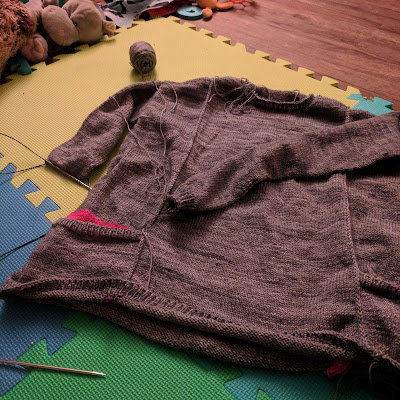 And have about a dozen or so more on my wish list.

So this KAL is a perfect way to encourage me to knit some of them (plus it didn't hurt that she also had all of her patterns on sale for it too).

Anyways, you had to lock in your project choices in advance of the September 1st cast on date. Joji had a form to fill in in her Ravelry group.

The projects that I have chosen to knit are: 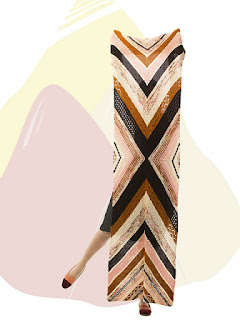 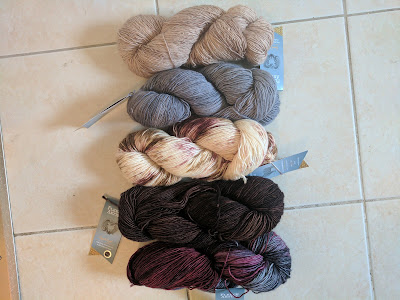 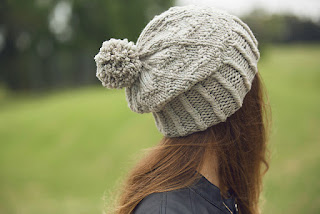 Which I will knit from Estelle Alpaca Merino Chunky. 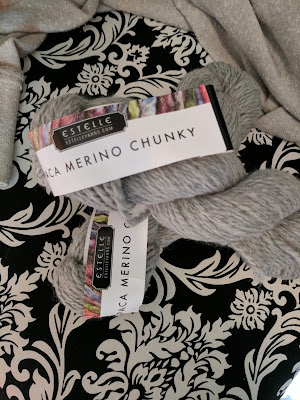 And the Little Boxy. 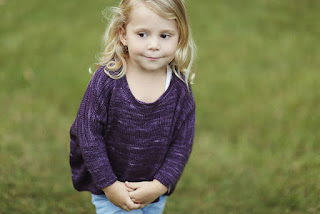 Which I will show you the yarn for in the next post. Cause I'm excited.

Are you knitting along? What Joji Patterns have you knit/are on your wish list?