Here's a project that I finished up last week. Well and started too, because it was a fun and quick project. 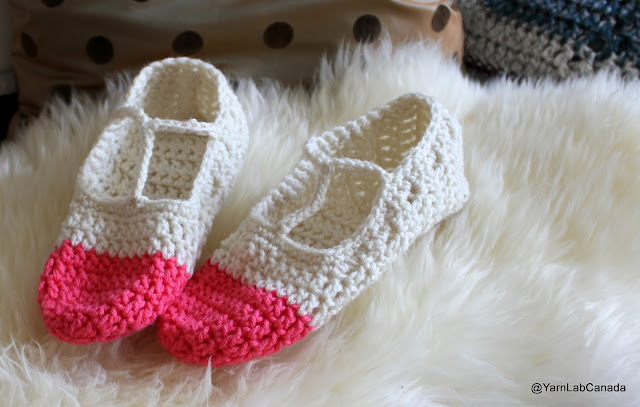 Aren't they adorable and super girly! 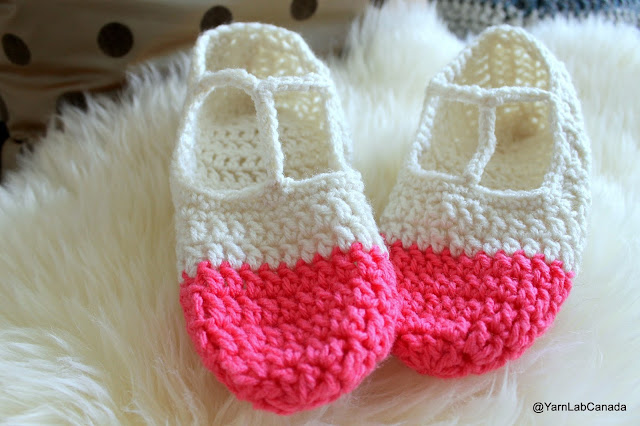 They were designed by Meredith Crawford, of One Sheepish Girl.

Do you read her blog?

Because everything on it is just beautiful, and she does a lot of really fun knitting and crochet projects! 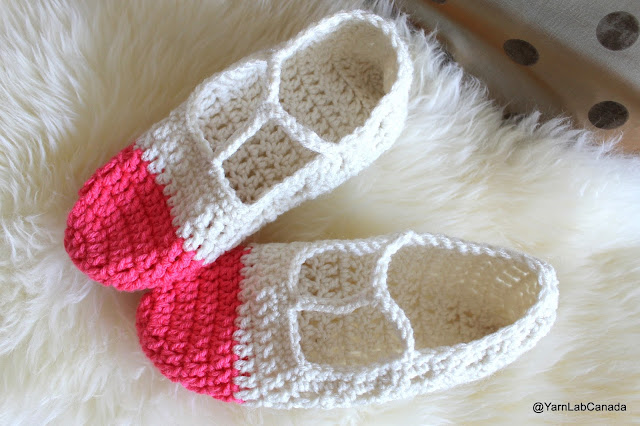 This pattern can be found in Issue 59 of Mollie Makes (came out just before Christmas).

And I featured these slippers in my week 20 #Knitting4Twins pregnancy vlog.

I love a good stash buster crochet project... probably the reason why I have so very much worsted weight acrylic in my stash! 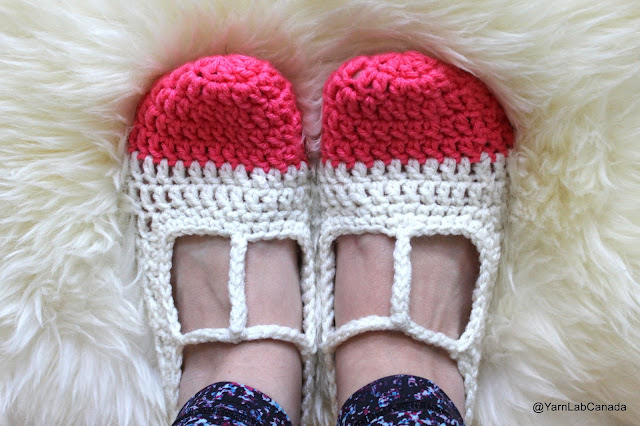 How to overdye your hand knits using food coloring.

So as you might know by now, I'm expecting identical twin boys in June. So of course I'm thrilled to be knitting and crocheting as much as I can for them during my pregnancy. In fact, I'm doing a weekly vlog about it over on my youtube channel.

One project that I recently finished is the In a Pear Tree baby Cardigan. The pattern is available as a free Ravelry download, and was designed by the Barbarian Horde.

I knit it using some yarn that I had recycled and dyed... thinking that since the yarn had both blue and pink in it, it might somehow be gender neutral. (I knit this up before I knew if I was expecting boys or girls). 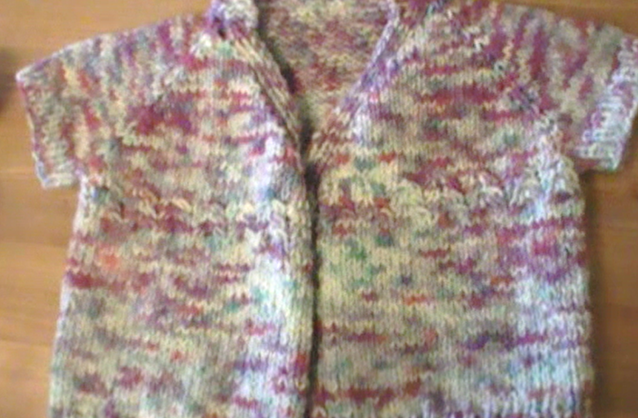 But yeah... it totally looks like a girl's sweater.

So I thought, why not see if I can overdye it blue?

So I got out my handy dandy dye pot, and dug out all of my blue food colouring and got to work.

Oh I filmed it too!


And I have to say, I think I like the result. 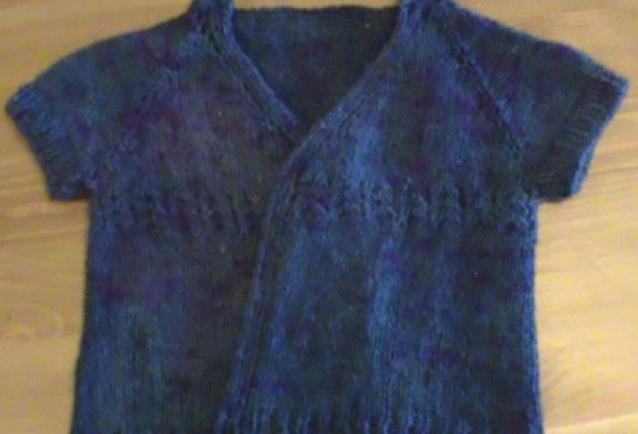 It came out maybe a little darker than I wanted, but that's ok, I still like it. Now I'm off to go knit a second one, and overdye it differently (because twins shouldn't match perfectly, right?)

Let me know if you've had any successful overdyeing experiments in the comments below!
Posted by Sara at February 10, 2016 No comments:

That's right... Pregnant.... with Twins! And I'm vlogging about it over on my youtube channel.

I'll be posting weekly vlogs, every Monday, as I knit and crochet my way towards my June due date.

I'm starting a new weekly vlog! I'll be posting a video every Sunday for the next 5 or so months. What's the topic?I'm knitting and crocheting for 3 now!That's right, I'm expecting twins this June, and couldn't be more excited to wrap them up in lovely yarnny goodness!Patterns in the video:Sockabooties: http://mashpitsknits.blogspot.ca/2007...In a Pear Tree Cardigan:http://www.ravelry.com/patterns/libra...

Sharing my pregnancy progress as I knit and crochet my way towards welcoming my identical twins in June 2016!

This week I reveal the babies's genders, show off 3 finished projects and one new cast on.

In a pear tree cardigan: http://www.ravelry.com/patterns/library/in-a-pear-tree-the-cardigan