Not much to say today. Alex and I still sick. Dom, fully recovered and energetic enough for this little shenanigan. 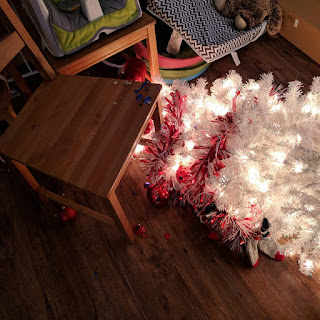 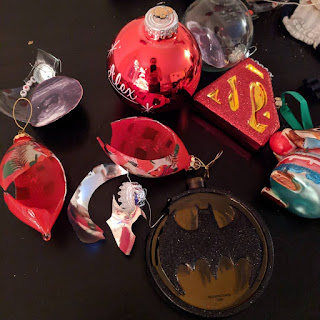 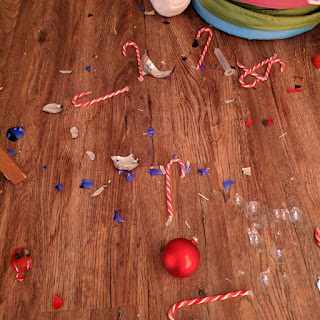 Yep, he pulled the Christmas tree down. I launched myself across the room in time to get him out of the way, so no injuries. But it does rather feel like he's the Grinch to my Christmas around here. (She says, of her 18 month old).

In other news, apparently if you're not using five million pins when you're blocking something, you aren't doing it right.

(This is where the picture of my little boxy all pinned out flat would go if I had taken one like I thought I did).

I did put my square in today, and did some knitting, but I'll show you tomorrow. Tonight it's 9 pm bed time for me.