I have been keeping an ongoing list of my current WIPs in my knitting journal. With the vauge goal of 1) keeping them under one page's worth and 2) finishing 2018 with none of them (my word for 2018 is follow through, two words I know but its the point that counts). 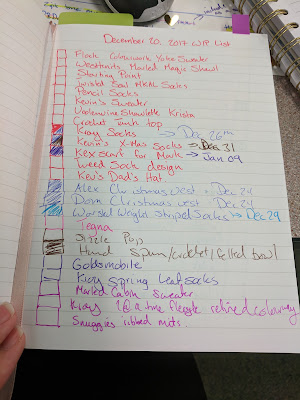 Through Renne Anne (Confessions of a Yarn Addict) I found my way over to a Ravelry Group called A Year of Projects, and although it is not July 1, I figure I'd hop in now anyways, starting my year with the Calendar year.

So if you look up in the Header Bar/Tabs Bar, you'll see a new page for WIPs. All current ones. As in these are the one's I haven't forgotten about and are not hidden in a box in the basement (yep when we moved to Medicine Hat in June 2016, I packed up a box of languishing WIPs, so far only one thing has been rescued from it, although still not finished).

There are currently 19.... and I might be swatching for number 20 right now. Which is (with Yarn as my witness) where I'm going to cap that list.

Because even tho I swore I wouldn't cast on something new until I cast one more off. I caked up some yarn Friday night and cast one on. 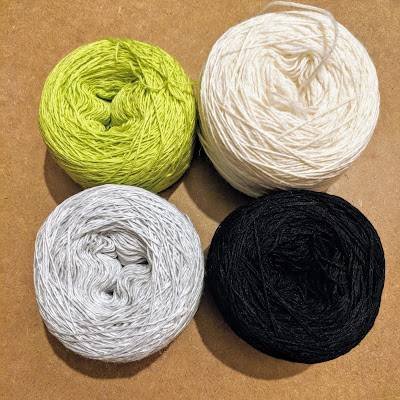 Email ThisBlogThis!Share to TwitterShare to FacebookShare to Pinterest
Labels: Work in Progress